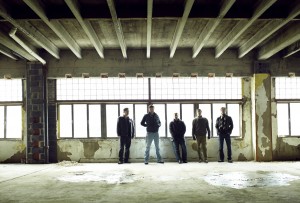 I accepted my first job out of school way back in 1991. When I drove into downtown Grand Rapids for the first time, I tried to get a lay of the land, find the key intersections, where the hotspots were and what life was like downtown. GR was much more of a sleepy town back then and to be honest a major letdown to me as an impatient, early 20-something too allergic to live anywhere other than at the heart of a pulsing city. I distinctly remember seeing the Junior Achievement building on the corner of Fulton and Division during that drive and marveling at all it could be but simply wasn’t…yet.

I didn’t realize the potential of GR at that time but rather quickly I saw the things that were already in motion, first it was the people I was fortunate to meet, the creative minds I got to work with and share many cherished conversations. Then it was the little nooks, Kava House, San Chez, Vinyl Solution, Founders (the mere existence of the Reptile House was a remarkable relief to me at the time) and events like Festival of the Arts. Then came the big changes, the new UICA(s), the new GRAM, the Ecliptic, the downtown growing into a burgeoning hub and the people I’ve known for years coming into their own as artists, designers and business owners. GR has blossomed.

And there still, stands the JA Building. Adorned briefly with the beautiful installation ‘Project Propagate’ by Sally England and Nick Stockton during the inaugural ArtPrize, and a note of what is to come. When Paul Amenta mentioned that the JA was a possibility for the next SiTE:LAB, I realized that the site was going to become something I couldn’t even have imagined back on my first drive into GR all those years ago. As Paul said, “25,000 sq. feet of heaven!”

I was proud to be a collaborator for the first SiTE:LAB back in October and I am geeked to again work with Paul, Tom, Eric, Terry and all the artists, designers and volunteers who will help transform this icon into unique site-specific Art exhibition space over the next few months.

Join us for SiTE:LAB Praxis and Art.Downtown April 15th to become part of what’s in store for the old JA.